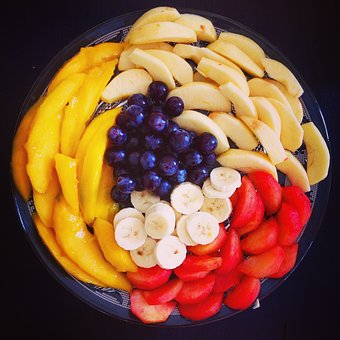 The origin of this fruit salad dates back to the 19th century, as it had been included in several menus from various nations. A fruit salad is a dish comprised of a number of fruits served with a base sauce or in their own syrup. Additionally it is served as an appetizer called a fruit cocktail. When served as a fruit cocktail it’s often prepared in an alcohol and sugar base.
The fruits which form portions of a fruit salad differ from country to country. It’s dependent on the seasonal availability of the fruits and in which they’re grown.
A fruit salad is a very nutritious dish that offers many vitamins and minerals required by the body. It’s a superbly refreshing dish that offers instant energy.
The fruit salad has many variations in accordance with the taste favored in that specific country. Countries like Malaysia and Indonesia prefer to have it with a spicier taste. Additionally, there are other variations served with a sour cream base. A very common and popular method of serving the fruit salad in India is using ice cream. Fruit salad can be prepared with both canned and fresh fruits. It’s thus, evolved into a very popular dish fulfilling both taste and nutritional standards.