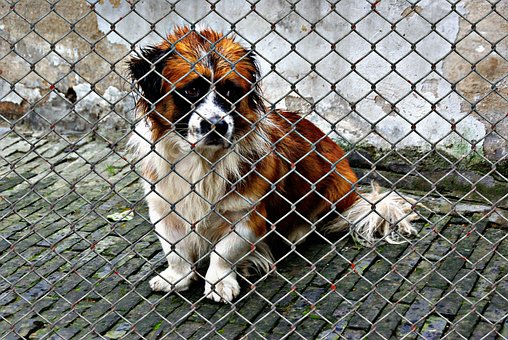 In the 1990’s adopting a pound hound was not very desirable. These dogs were mutts; lots of people thought they were sick and plain ugly. People wanted purebred dogs, they would purchase from breeders. Most mutt’s destiny is predetermined because they aren’t purebreds. Both mutts and purebred dogs are desperately awaiting an angle to save their lives.
Regrettably, many mutts and purebred dogs have been killed in the thousands across the country. These animals are dumped, neglected, abused and emotionally destroyed. I have asked myself”When did we become a dumping society?” People dump their problems on others, some dump their parents at a nursing home, and some people dump their kids on relatives.
The majority of these dogs have lived in household environments and can make great family pets with very little transition time. Adult dogs are already potty trained and they’re used to kennel living. The fee is significantly less to adopt than store, dogs are up-to-date on shots, fixed, and are microchipped. When you rescue a shelter dog, you’re actually saving two. Some shelters are so overcrowded that they euthanize dogs the day they get them. This occurs most to senior dogs, sickly dogs, and breeds particular laws.
Many dogs and cats are dumped at shelters. The saddest cats and dogs are seniors, they cry when they see their owners departing. Not every owner who surrenders his or her dog is a heartless human being; unfortunately, the percentage is very low. Most surrendered dogs are abused their entire life.
How to help a sheltered dog
If you cannot adopt shelter animals, the next best thing people can do to these creatures is volunteer their time. For example, Miami-Dade Animal Shelter now has 400 dogs and hundreds of cats at the shelter, but they only have a handful of employees. Volunteers play a vital role in the lives of these dogs and cats. Volunteers play, train, groom and above all give affection to these deserving animals.
Many dogs are tagged as”rescue only”; this means that only reputable rescues can pull these dogs. Most rescues cannot pull dogs with a foster dedication. Offering to foster dogs saves two lives. Dogs in foster homes thrive in a family environment and become more adoptable. When your foster is adopted, it is a rewarding feeling because your family played a very important role in the dog’s behaviour.
Rescues also need transports. For instance, Pitbulls are prohibited in Miami-Dade. If you visit the shelter, you will see countless Pitbulls waiting to be rescued before they are murdered. Many rescues pull pits from Miami-Dade and need the dog transported to their facility. Transporting a dog also helps save two lives.
Finally, of course, there’s donating, pulling an abused dog is rewarding but it also comes with a high vet invoice. Monetary donations help these rescues continue performing their job. If you cannot donate money, rescues are always in need of blankets, food, kennels, leashes and cleaning products.
Donating a skill is also very welcomed by most rescues. They are always looking for laborers, help with fundraising, photographers, and web development.
Warning before donating cash, research rescues, in the past rescues have been caught falsifying paperwork and vet invoices.